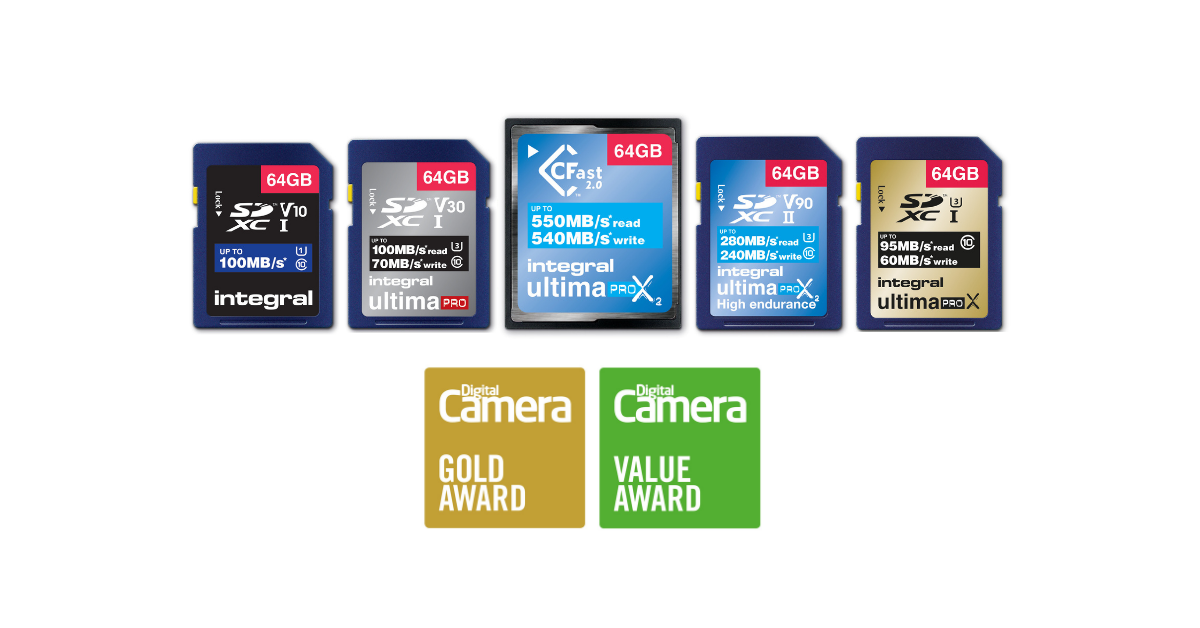 Gold Awards were only granted to cards that received five-star ratings on the test. Cards were rated on their read/write performance in transferring large quantities of RAW images as well as a 4GB movie file. Value Awards were granted to those cards that offered the best value for money in their category based on price and performance.

The UltimaPro X2 V90 UHS-II card not only received a Gold Award but was declared ‘Best on Test’ in its category. In their awards summary, Digital Camera magazine declared that “in the UK, the Integral UltimaPro X2 V90 card offers the best balance of performance and price.”

Another big winner was the UltimaProX2 CFast 2.0 card, winning both a Gold Award and a Value Award. Digital Camera stated “this next-gen CFast card from Integral demonstrates the massive speed boost that’s available [from the CFast format]” and gave it five-star ratings for both performance and value.

We feel that these awards from one of the world’s leading publications on photography are testament to Integral using only the highest-quality flash memory and our ethos to provide our customers with great price and performance across the range.

See the complete list of award-winners from Integral below: